Australia now has a dedicated specialist leading action to protect the Australian horticulture sector from the current #1 pest and disease threat, Xylella fastidiosa.

Mr Elliott will work with a national steering committee and co-ordinate the program to safeguard the nation against Xylella fastidiosa, the exotic bacteria responsible for the decimation of thousands of hectares of olive groves in Puglia, Italy.

While Australia is currently free from the pathogen, Xylella has more recently also been found in other olive-producing European countries and to date destruction of infected plant material and control of carriers are the only control methods. Mr Elliott’s role includes developing R&D priorities and emergency response activities to improve Australia’s preparedness for the potential incursion of the disease.

Mr Elliott has previously worked in senior management roles with state biosecurity agencies in Queensland and Tasmania, as well as with the National Biosecurity Response Team, and he has extensive experience in leading emergency responses and training government and industry personnel in biosecurity and emergency management.

Mr Elliott said his priorities will be focused on working with local and international researchers to find simple and quick ways of detecting the disease in plant and insect samples, and to develop containment and eradication strategies should there be an outbreak.

“The key to Australia being better prepared is having the ability to detect Xylella early and then having the containment and eradication tools ready so we can act quickly,” Mr Elliott said.

“We can learn from the experience of other countries and the work being done to improve their detection and response procedures. Unfortunately we are seeing the spread of Xylella through southern Europe and we can’t afford to be complacent with this threat.”

The risk of Xylella has encouraged collaboration across agricultural research and development corporations, with Mr Elliott’s role acknowledged as a vital investment in protecting Australia’s valuable horticultural sector against the disease.

Given the potential impact across many different plant industries, Mr Elliott will manage cross-sectoral biosecurity preparedness, act in a liaison role for potentially affected sectors, and ensure national awareness and co-ordination of high-priority prevention RD&E. 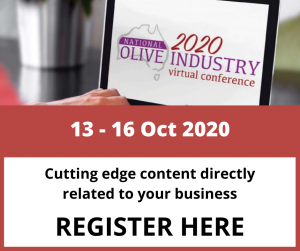